Back around 1980,three of us took my Fiesta up to Westwood raceway,just East of Vancouver,BC.
The caretaker pulled up in a MKIII wagon.I had no clue as to what it was until he told me.
Remember - Nobody EVER says "COOL PRIUS!"
Top

Westwood was so much fun back in the day when certain autocross clubs were granted access to the track. I remember on a few occasions blasting my Lotus Cortina around the track and again later scaring my Father with his BMW 320i, what a shame that they let that track slip through their fingers?
Anglia 100e modified
Prefect 100e stock
Top

I was also there in '86 with the Lotus club,
during the World's Fair.
Remember - Nobody EVER says "COOL PRIUS!"
Top

I remember when the track opened, I was very young but my father was a real enthusiast and took me there often. I have some old standard 8 film from the early 60s that is in poor condition but I found a 1970 photo with a Cortina in the pack.

Here is another taken in later years of a car that you will recognise if you were an autocross guy at Boundary Bay, It's Randy Custer's very potent 105e at Westwood. 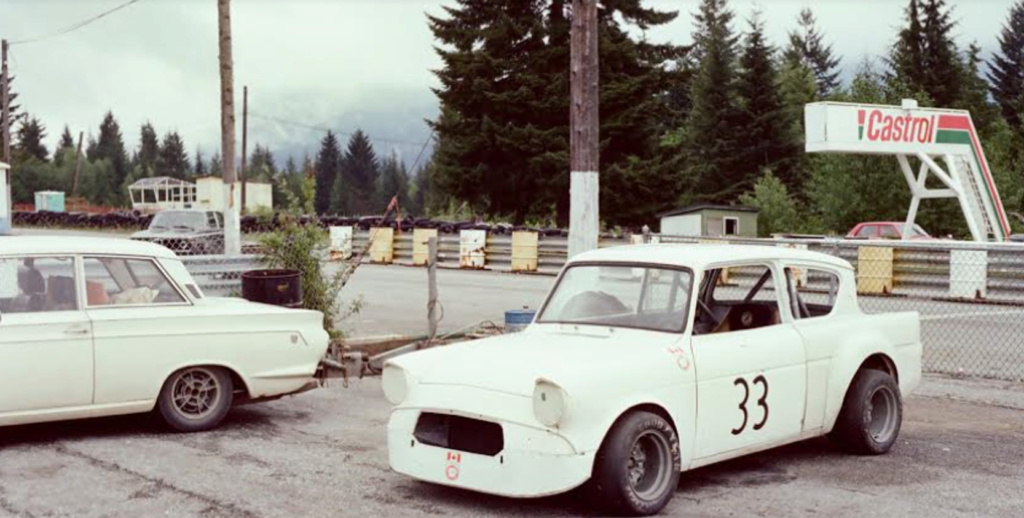