Though Ford had been selling some of their English-built cars and light trucks in the US and Canada since 1948, the first German Fords to be officially sold here was the Taunus 17M which debuted in the US in 1958. The Taunus 17M (code name P2) was the top of the line German Ford at the time and was powered by a straight 1700 four cylinder OHV engine (67 bhp), delivered through either a 3 or a 4-speed transmission with a column mounted shifter (or with an optional "Saxomat" semi-automatic). The 17M came in two models, Standard or DeLuxe and three body styles -- two and four door sedan and two door station wagon. In the United States the Taunus was mostly sold by MEL (Mercury-Edsel-Lincoln) dealers, but was franchised to Ford-Monarch dealers when introduced in Canada for 1959.

In mid-1959 Ford of Canada began importing the smaller 12M (code name G13), which was powered by the 1500 (60 bhp) version of the Taunus OHV four. In March 1960, Ford announced that the 12M was to be sold in the USA, though it is not clear that any ever were. A few months later Ford decided to discontinue the Taunus line in North America. However Ford of Germany was still happy to build North American spec cars for anyone who wanted one (think mph speedometer, LHD, red rear turn signals and round sealed beam headlights). A few such cars were brought in as personal imports and at least three are known to have survived. After the discontinuation of the Taunus in 1960, German-built Fords would not be officially available here until the Capri arrived ten years later.

Here are some links to European Taunus websites that I enjoy (even though I can't read them). One is in Holland, one from Norway, and one from Germany.

Thanks to Alejandro, Club Taunus Argentina has made me a honorary member of their club.

The Taunus P2 & P3 were sold in Argentina when new. In 1975, Ford Argentina began building the TC Taunus there. The Argentine versions were a little different than those sold in Europe. For example the 2.3 Lima was offered, as was a coupe version of the Mk III version of the Taunus (early 80s).

Im so proud because the Taunus is alive in USA, thanks to you.

I am going to start posting photos of cars from the North American Taunus Registry. 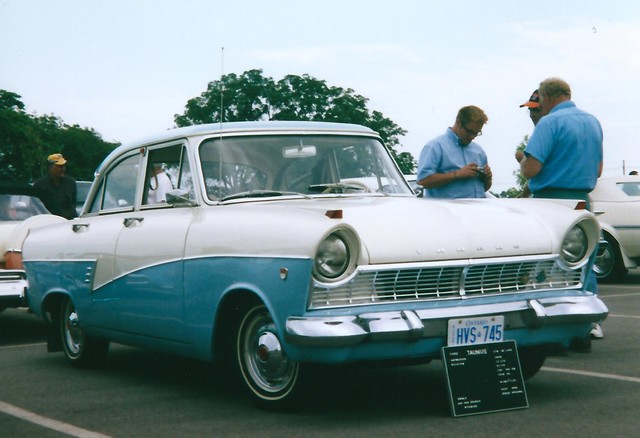 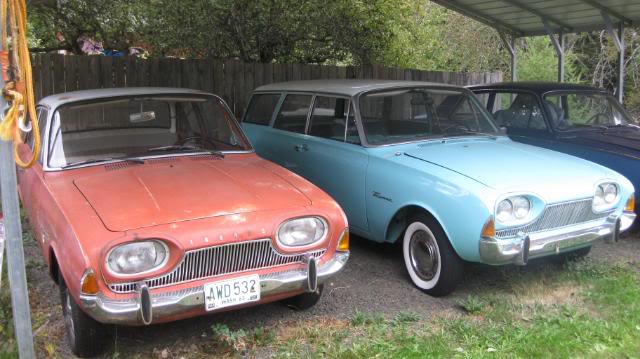 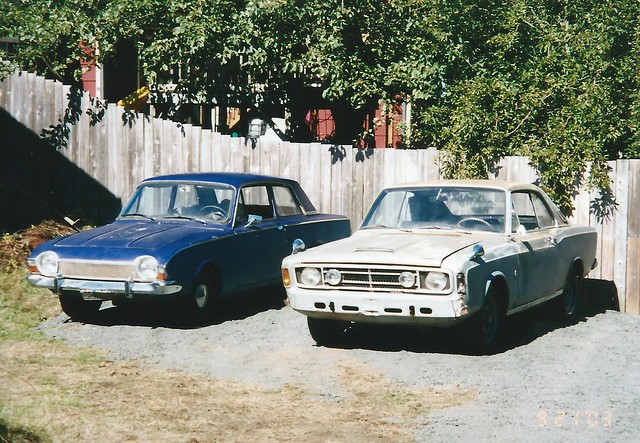 Here is a couple in Butte MT
http://www.desertclassics.com/foreign2.html

Bob, Thanks for those Taunus links. In the last few months I have been contacted by a guy in Kansas who found a '59 P2 in a field and another guy who bought a 1955 G13 15M from a wrecking yard in California. Amazingly, they are still out there (though most of them don't have much floor left).
European Ford Collector
Top

Hi Michael,
Yes there out there but can be very hard to find. I am still looking for a P4 or P6 parts car that is a reasonable distance from where I live.
Cheers,
Bob
Bob_S
First car 70 Cortina GT
Top

If they were considered '57 models, is there any difference between ;57 and '58 Taunuses?

And, is there a way to tell from the VIN or any data plate on the car what year it is?
Top

Chris. I would consider them to be MY 1958 models. I don't know of any changes on the P2 until MY 1960.
European Ford Collector
Top

Here in the states it would probably be called a 1958-model car. In Germany at that time, though, makes were still usually registered by calendar year. Often data plates will have "Baujahr" (calendar year of manufacture) stamped on them. This may or may not coincide with how they were registered in export markets (or even in Germany, because cars built late in one year were sometimes not sold till the next year). When using this method to date older cars that were clothed by outside coachbuilders, keep in mind that the "Baujahr" is for the chassis only, and not the completed vehicle.
Top

I received this e-mail and photo from Jay Books in California in 2013. This is the only G13 Taunus that I have heard of in the States. 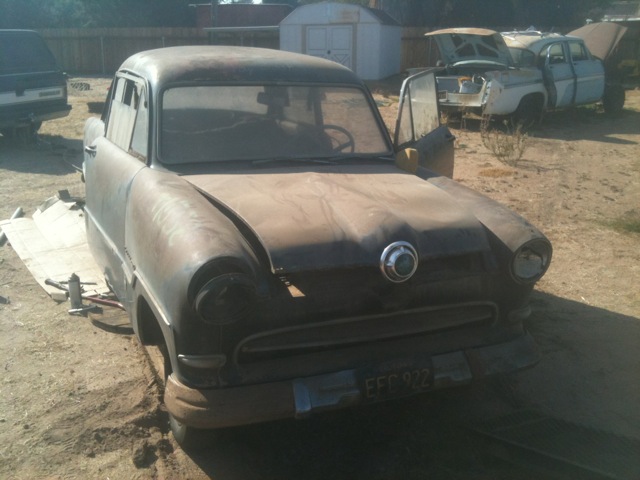 Me and my wife brought home recently a 55 German Taunus 15m from a wrecking yard that said they have had it for decades. My wife said it was cute so we bought it and saved it from a for sure date with the crusher. Owner of the yard said it's the only Taunus he's ever had and nobody has ever requested parts from it so it stayed very complete in a corner of his yard. Found a old California registration under the floor mat that is partly readable and was registered in California in 59. Currently has 1963 California black and yellow plates. Any guess of any good sources for weatherstripping for these cars? Thanks Jay

thanks a lot for these North American registries, I propose you the link where you can get to how proud to be an American!
Top
Post Reply
23 posts